An Honest Review Of 'To All The Boys I've Loved Before'

Yes, Lara Jean, we think drama can be fun, too. 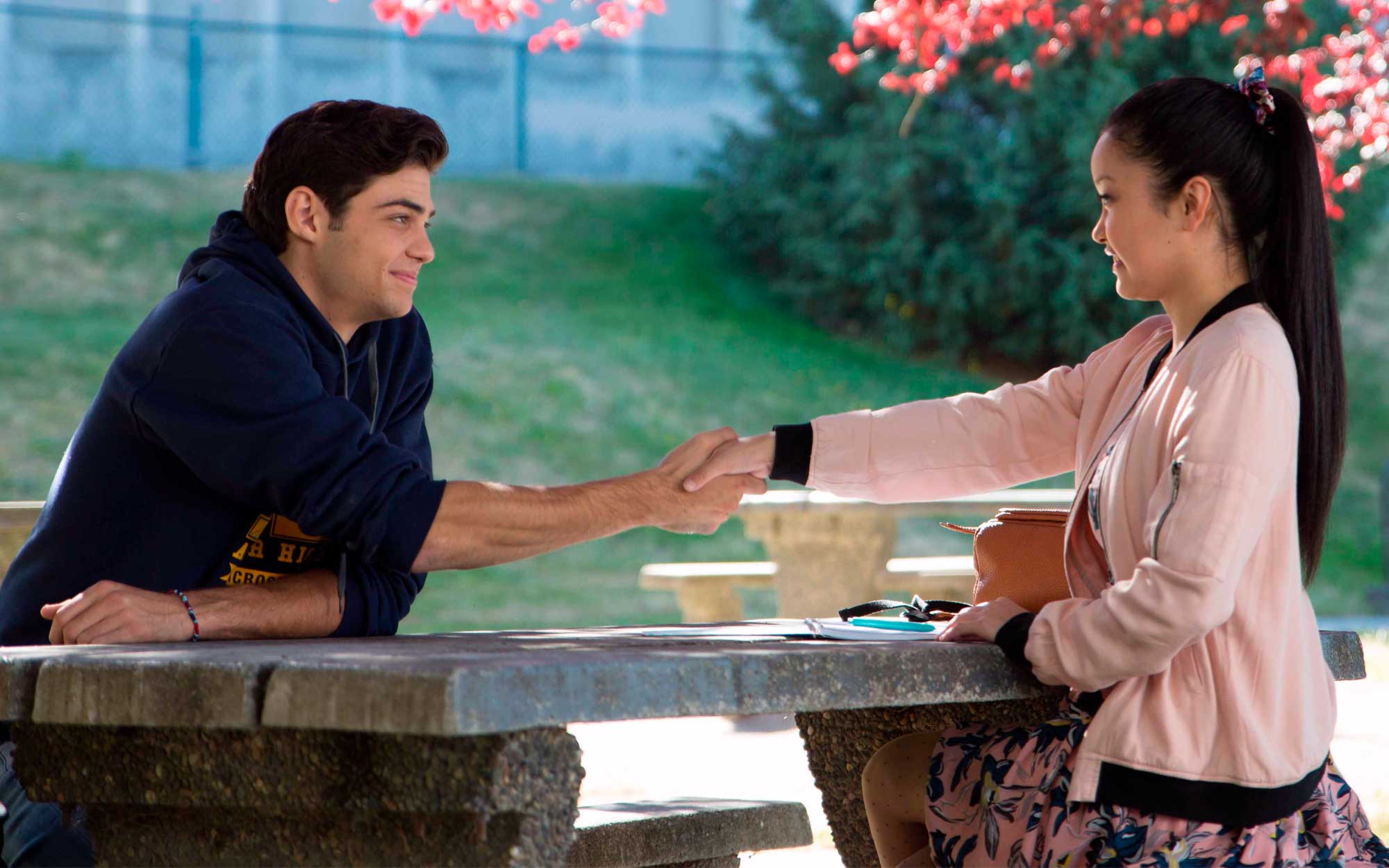 We guarantee you'll have this playing on repeat.

Korean-American Lara Jean Song Covey (Lana Condor) writes love letters—but she never sends them. Whenever Lara Jean has an intense crush, she writes a letter and pours her heart out to flush the feelings away. She keeps them in a teal hat box that's meant for her eyes only. But when Peter Kavinsky (Noah Centineo)—a.k.a. Peter K with the golden specks in his eyes—confronts her about it, Lara Jean realizes that the worst has happened: the letters are out. All five of them. And one of them is addressed to the boy next door (who also happens to be her sister's boyfriend), Josh Sanderson.

Lara Jean's room, Lara Jean's clothes, and Lara Jean's boys will make anyone envious. More than a just a sweet coming-of-age story, this film adaptation of Jenny Han's best-selling novel tackles the strong bond that connects sisters and getting out of one's comfort zone.

Vietnamese-American Lana made her film debut as Jubilee in X-Men: Apocalypse. She'll also be featured later this year in the animated film Alita: Battle Angel and the series Deadly Class.

Noah took over the role of Jesus Foster on The Fosters in 2015 after Jake T. Austin's departure. He will next star in Netflix's upcoming teen comedy Sierra Burgess Is a Loser with Shannon Purser.

This actor joined Emma Watson in The Bling Ring and has starred in films like Happy Death Day. Israel also had roles in TV shows Sons of Anarchy and Fear the Walking Dead.

Janel played Mona Vanderwaal on Pretty Little Liars and made the town of Rosewood intensely interesting.

You know him! He played Aidan (why, Carrie, why?) on Sex and the City before starring in My Big Fat Greek Wedding.

Let me just say that I absolutely loved the book. I first read it when I was 17. Someone recommended it to me and I was hesitant at first. "It's probably just another YA novel," I scoffed, even though I adored YA novels. I related to Lara Jean because I also had letters hidden in a secret box in my room. I'd been anticipating this film ever since the adaptation was announced and I wasn't disappointed—the production left me feeling warm and giddy all over!

Lara Jean was SO relatable and it was refreshing to see an Asian girl as the female lead. Also, I could totally see why she fell in love with those boys she wrote love letters to. But I had one teeny little problem: I felt like the movie didn't give me a chance to root for Josh. I remember switching between Team Josh and Team Peter the whole time I was reading the book. The film immediately told me that Peter K was THE ONE (not that I had a problem with Peter. I loved him!).

The cinematography reminded me of a Wes Anderson film: symmetrical shots, the use of God's-eye-view, and an interesting color palette. I also LOVED the movie's aesthetic! There are a lot of pastels, everything is colorful but not in a way that distracts you from the scene, Lara Jean's room is a ~*dream*~, and the diner is a place where you could hold photoshoots in. I'd probably want to visit the movie's locations in the future!

"The feeling I got while watching To All The Boys I've Loved Before reminds me of how I felt when I watched The First Time and Flipped—two underrated movies I absolutely love. So many rom-coms desperately attempt to recreate John Hughes' hits, it's almost painful to watch them try. But To All The Boys I've Loved Before trusted its interesting plot and talented leads and told a story about teenage love and high school drama without the angst. I liked it enough to watch it twice in 24 hours, and that says a lot because I only ever watch K-dramas these days, LOL." —Ysa Singson, Associate Lifestyle and Relationships Editor

"While there are certainly differences between the books and the movie, I still loved the film adaptation. I kind of found Peter annoying in the books because he couldn't let go of his attachment with Gen. But in the movie, he appeared to be a gentleman and possibly the best HS boyf any girl would ever have. I felt so kilig the whole time I was watching it! It was like I was 16 again, LOL! I also loved how Lana Condor perfectly portrayed Lara Jean—awkwardly cute and a hopeless romantic who's scared of being in love IRL. I watched it twice on the day it was released. So yeah, 14/10 would recommend it!" —Ira Nopuente, Beauty Editor