Fangirl Goals: This Pinay Got To Visit Filming Locations From 'Itaewon Class' And 'Crash Landing On You'

We know you're always on the lookout for new K-drama locations to visit, so here's another one to add to your bucket list: Park Seo Joon's Dan Bam restaurant from Itaewon Class!

According to a post by K-drama, K-pop, and K-lifestyle fan page The Saranghe Oppa, which is managed by Pinay Chloe Lopez, "'Dan Bam' is located in Itaewon, specifically in Noksapyeong [South Korea]."

In a short Messenger convo with Chloe, she adds: "You can ride a subway to Itaewon then [take] exit #1 from there. Just walk straight until you see a McDonalds in front. It's easy to go there!"

22-year-old Chloe, who currently works as an IT consultant, has been a fan of Park Seo Joon ever since he starred in the 2015 drama She Was Pretty, and she's loved Itaewon Class since Episode 1! She started The Saranghe Oppa in the summer of 2016 to share her fangirl *feels*, and the Facebook page and community now has over 500k likes. 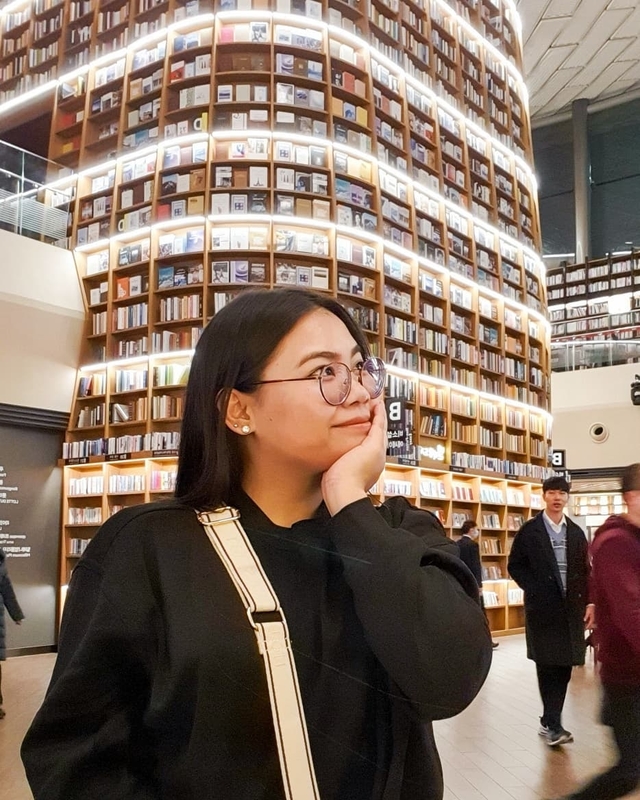 During her most recent trip to South Korea, Chloe even got to see Seo Joon IRL: "I saw them filming by chance in Sinchon! I got to see Park Seo Joon himself while filming."

Chloe is also a fan of Crash Landing On You and shares that her dream K-drama location to visit is Captain Ri's village from the show! "I [also] went to a CLOY filming location where Yoon Se-ri went paragliding then crash-landed in North Korea."

Itaewon Class, which is adapted from a popular webtoon of the same name, tells the story of Park Sae Ro Yi (Seo Joon), the founder of a restaurant named Dan Bam. He goes against a big food conglomerate with the help of his "band of determined misfits."

According to Soompi, Itaewon Class became the second-highest rated drama from JTBC, following Sky Castle (2019). The show is currently streaming on Netflix.

We are officially on Viber! Be part of the Cosmo Viber Community by clicking here! You can also visit the Sticker Market and download the "Cosmo Girl Sticker Set" here to be automatically part of the group. The stickers will only be available until April 27, so don't miss out on the fun!