Yuju Embarks On A New Chapter As A Solo Artist: 'I got to know myself better'

From being a GFRIEND member to finally going solo, Yuju is all set to start over. 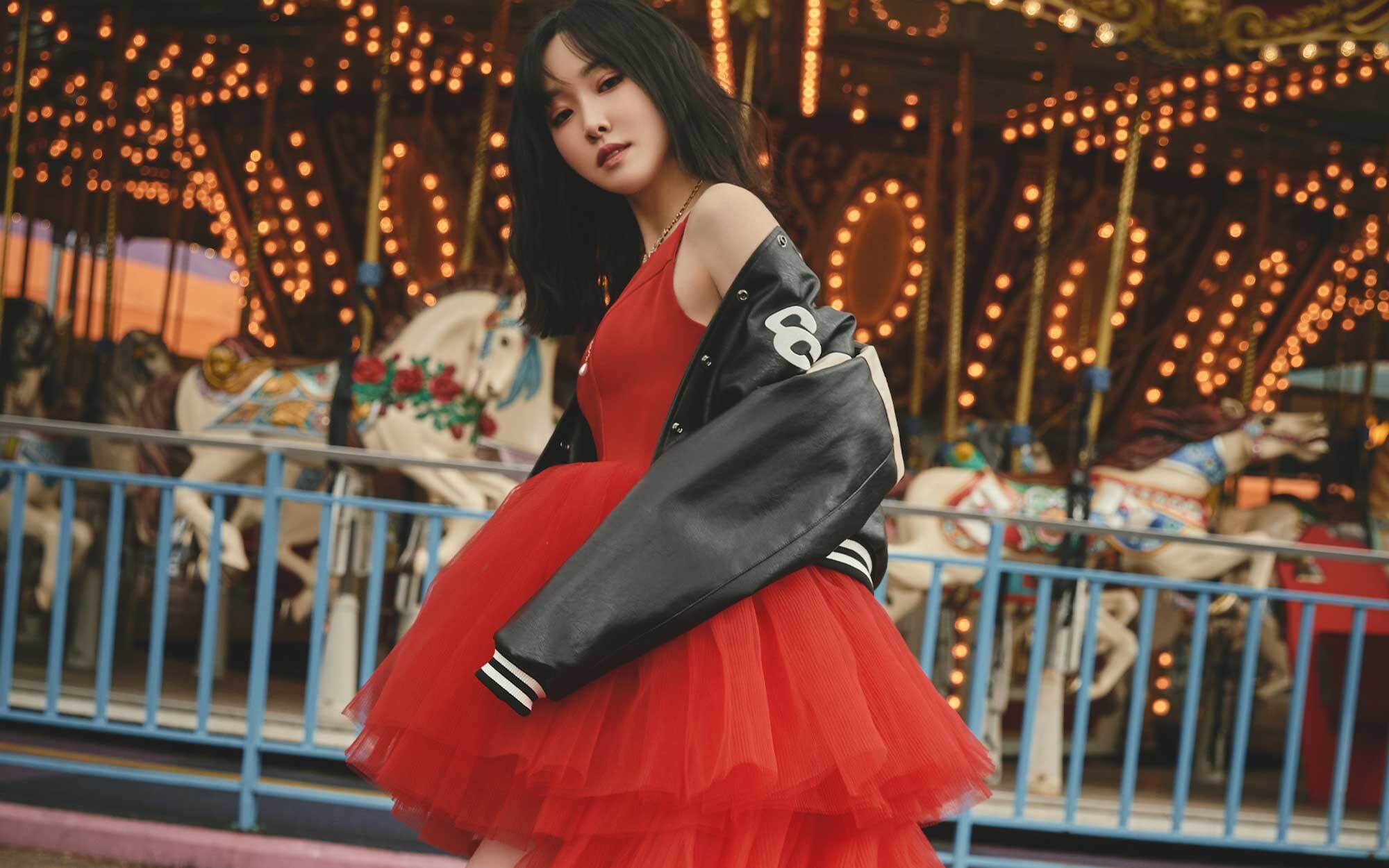 The first time I heard Yuju's voice was in 2015: I was watching the K-drama The Girl Who Sees Scents, which starred Shin Se Kyung and Park Yoochun. It also featured the first OST Yuju has ever recorded, titled "Spring Is Gone By Chance." With vocals that are so powerful and distinct, it immediately made a strong impression—you'd be able to tell her voice apart from the others after listening to the first few lines. Fast forward to 2022, and Yuju has come a long way since her first (and apparently her most favorite) OST stint.

Born Choi Yuna, Yuju's childhood dream was—believe it or not—to enter the field of sports and not music, specifically to become a figure skater. "I think I would have become an athlete," she tells K-loka by Cosmopolitan Philippines. Although she never got the chance to learn about figure skating, the 24-year-old is very much enthusiastic about it. She was inspired by South Korea's pride, Kim Yuna, and she even once created a scrapbook dedicated to the former competitive figure skater. But it seems the stars were not aligned for her in this regard: Yuju mentioned in a previous interview that her mom was against her becoming a figure skater, worrying that her daughter might get hurt. And so Yuju pursued another passion she enjoys the most—singing.

"When I was in middle school, I learned singing at an academy. At that time, auditions for agencies were often held and students can try their luck. I was cast for the first time at the age of 15 and worked hard steadily," shares Yuju.

While she's undeniably born to be a star, the K-pop idol still had it rough. In 2011, she joined the survival show K-Pop Star Season 1, where she was immediately eliminated in the first round. In 2015, she made her debut as a member of the K-pop group GFRIEND as the main vocalist. The girls topped the charts and eventually became a household name, but not without their own share of struggles.

GFRIEND had strict food bans during their early days and was swarmed with malicious comments. One of the most difficult things they had to face was during a stage performance, where the members had to dance on a wet floor under the pouring rain. They suffered multiple falls, and Yuju slipped eight times, resulting in bruises on her legs. Despite the situation, she endured the pain and continued dancing. A video of their performance went viral, and everyone was impressed by Yuju's resilience and consistent professionalism. Even non-Hallyu media sites like Time were not oblivious to her dedication.

Over the years, GFRIEND has raked in awards, released a string of hits, and contributed to the K-pop industry we know today. However, change is inevitable and all good things must come to an end. On May 18, 2021, the group officially disbanded and the members had to part ways. After being together for years, it's finally time for the girls to embark on their own individual careers. Yuju decided to sign with KONNECT Entertainment—an agency established by the multihyphenate Kang Daniel. To her fan's surprise and delight, the former girl group member has kicked off her journey as a solo artist.

For her solo debut, Yuju released the mini-album REC in the first month of 2022—a fitting career move for someone who's looking to make a fresh start. When asked about the concept, Yuju compared REC to the red light that turns on when you start recording a video: unnerving yet exciting, as if the world has stopped for a bit and you're unsure of what's next. She explains, "It's the precious tension you can feel at the moment. I feel cautious but challenged at the same time. I feel much cherished in the process, too. I think I got to know myself better and learned a lot through these new challenges."

Since it's her first solo album, Yuju made it as special as possible, taking part in its production not only as a singer but also as a composer and songwriter. "At first, I started naturally by participating in one or two songs. But as I prepared for it, the amount of participating has been increased. I got a lot of help from people as well and it helped me grow as an artist."

REC is an ode to Yuju's new chapter, and she has encapsulated the entire experience in the form of five songs. The mini-album includes the tracks "Bad Blood," "Play," "Cold Winter," "The Killa," and "Blue Nostalgia," which range from edgy beats to soulful ballads. The last song was actually written entirely by her. "When I got the demo of the track, I wanted to talk about my precious and sad memories. The day I had a dream that I wanted to remember badly, I listed it sequentially from before I fell asleep to the moment I woke up from my dream."

It's hard to go solo, but what's even harder is being used to having people share the same dream as you. Yuju worked with GFRIEND for six years and they also lived in the same dorm, so we can only imagine how nerve-wracking this new chapter is for her. The realization hit Yuju like a bucket of cold water once while she was in her car, and she visualized herself standing on the stage by herself. Nevertheless, she knows that the girls still have her back and would be cheering for her from afar.

When she released her mini-album, Sowon, Yerin, Eunha, SinB, and Umji showed their support by promoting her new music on their respective Instagram accounts—solid proof of how tight their friendship is. GFRIEND is everything to Yuju, and it's hard for her to describe how much the group means to her. "A large and deep being that can’t be expressed in a specific word."

The future may be uncertain, but it's safe to assume that Yuju's is still as bright as can be. She knows what she wants and will do anything to achieve them—even if it takes time. On how she sees herself five years from now, Yuju said: "I think I will be more comfortable. It’s hard to imagine, but I don’t think my personality would be changed."

We asked her what part of her life she'd like to record and show her future child someday, and Yuju highlighted the special moments with her loyal supporters. "Luckily, I’ve got many records myself ever since I debuted. Among them, I think I will show my stage with fans because it’s the most precious and meaningful time for me."

*This interview has been condensed and edited for clarity.

Yuju also shared her new favorites with us in a get-to-know video! Check it out right here:

SPECIAL THANKS TO: Platform Public Relations