The old method of getting over a guy involved nothing more complicated than a tub of ice cream. These days, your tactics have to involve technology.
by Kerrie Simon | Sep 11, 2012
Post a Comment
Featured

Splitting up sucks. You got dumped, you cut him loose…sometimes it doesn’t even matter. Fact is, there’s pain and sadness and anger, and that’s never going to change (sorry). And these days, getting over a split may be tougher than ever. “Technology is a huge obstacle,” says relationship therapist Belisa Vranich, PsyD, co-author of He’s Got Potential. “Facebook and Twitter make it incredibly difficult to move on because you’re bombarded with reminders of the guy on a daily, even hourly basis. Plus, texting means keeping in touch is easy and impersonal, causing a lot of confusion and mixed emotions. Unless you take specific actions to address these issues, you’re in for a rough time.” We asked experts for the updated rules on dealing with the grief and the guy, and finally getting your life back on track. 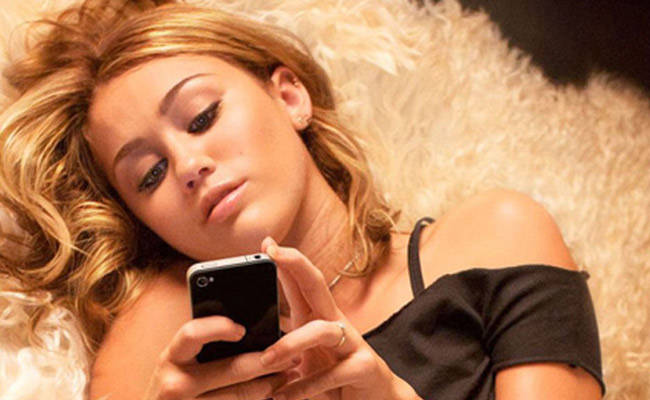 Seeing a tagged photo of your former guy with his arm around some chick is pretty much the last thing you need to add to your freaked-out state of mind during this mourning time. Even if there’s nothing as blatantly agony-inducing as that, little news-feed updates or minor profile tweaks serve as constant reminders of him that will start to eat away at you. “That period after leaving someone can be very emotional, and you really need a clean break to get your head on straight,” says Ilana Gershon, PhD, assistant professor of communications and culture at Indiana University and author of The Breakup 2.0: Disconnecting Over New Media. “Besides, it’s easy to become obsessive and read too much into minor things—like if you see that he’s online at 2 a.m., you may jump to the conclusion that he can’t sleep because he’s thinking about you, when he’s really just pulling a late night.”

Assuming the relationship ended on decent terms (meaning, he didn’t turn into a complete asshole and cheated or anything like that), defriending him is overly aggressive. After all, in a few months, you may want to be friends or at least look back fondly. Instead, just block him in your privacy settings, so his updates don’t show up. Later, when you feel better about things, you can unblock him.

Once you’re kind of done with crying, you usually enter that pissed-off phase. You are angry that it didn’t work out and want to show him you can do better or, at least, you’ve moved on. And, technology like Facebook and Twitter facilitates doing that. But, don’t go there. Putting a Twitter update that says something like “Can’t wait for my date tonight!” or tagging a picture of yourself hugging some random cutie at a bar can actually backfire and keep you from truly going forward. “It’s easy to fool yourself into thinking that you’re getting over him because you’re seeing other guys and publicizing how busy and fun your life is now,” says Vranich. “But if you’re posting your every move with the hope that your ex or one of his buddies sees it, you’re really just keeping yourself wrapped up in your old relationship.”

Look, getting out there and doing stuff is great. But, running home so you can update these sites means your motives are misguided. Plus, having those petty posts online will make you feel really crappy in the long run. “Remember that what you’re doing can be seen by all your friends and even some strangers,” says Gershon. “Do you really want your rebounding to be public fodder?”

Obviously, it’s unrealistic to stay off social-networking sites completely (hello, they’re addictive!), but you can control what you post. So, take a break from updating your status and tweeting about anything personal.

Eventually, you’ll get to the post-split emotion of missing him, which usually happens when you’ve been broken up for a while. You may start to forget why you went your separate ways or think the reasons for it no longer seem like a big deal. And, those feelings can cause you to make a major mistake.

“It used to be that a girl might consider drunk-dialing her ex, but doing it takes a lot of guts, since she’d have to hear his voice and come up with something to say,” points out Dean Parker, PhD, a clinical psychologist and relationship therapist. “But texting? That’s emotionally removed, so if you miss him, it’s easy to fire off a quick line or two because it doesn’t require much personal investment.”

While it’s physically simple to send SMS, the emotional ramifications are hard to deal with. “Not only are you breaking down, but he may feel obligated to respond, even if he’s not ready, and you’ll be upset if his reply isn’t enthusiastic,” says Vranich. Plus, you’ll have the words archived, so you can reread and obsess over it.

The time you’ll most likely be tempted to text him is when you’re tipsy. So, take extra precautions: Give your phone to a friend at the beginning of the night. If someone else has your cell, you’ll have to ask for it back, which will give you time to reconsider. Or, change your ex’s name in your phone to Do Not Text. It’ll act as a reminder that you really don’t want to reach out to him despite what your boozed-up feelings are telling you. And if he texts you, it can be just as tough to deal with. You don’t want to ignore him, but you also don’t want to reopen the door to communication. “Obviously, what he texts will determine what you are going to shoot back, but the key is to be friendly without inviting more,” says Vranich. Write something like “Nice to hear from you. Really busy right now, so I will have to catch you later.” That way, you’re nicely letting him know you don’t have time for him right now. And then, you can focus on moving on.