4 Signs He Wants to Be Approached

Want to score a hot date this weekend? When you hit the club or a hip hangout, observe the guys around you to see who's the best target for your charms.
by Jing Lejano | Feb 22, 2012
Post a Comment
Featured 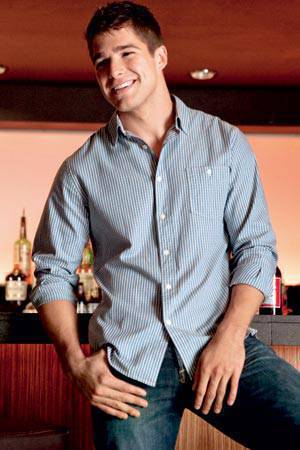 If he rests his back or side on the bar, it's a subconscious signal that he's open to meeting new people. Order a drink, and stand so that part of your body is in front of his. He'll automatically feel a connection.

2. He flaunts his package.

When a guy wants to meet a woman, he'll unknowingly position his body in a way that his package is as visible as possible (with his pants still on!). Often, he'll rest his foot on an elevated surface, like the rung of a bar stool, and point his knee out to let his crotch take center stage.

3. His stuff is on the chair next to him.

This is a dude's subconscious way of marking his territory and saving space for a woman to fill. It's an easy opener--just go up and ask if the seat is taken.

4. His feet have girl radar.

Even if a man's torso faces his friends, his toes will point toward where he'd rather be, like next to you. He'll also likely be scanning the room, so catch his eye, smile, and briefly raise your eyebrows to show you're interested.