Girly things are for girls, which is why they’re called, you know, girly—but the great secret is that they could be for men, too. Guys aren’t even conscious about doing it, which makes us wonder why they were tagged as girly things in the first place. Here are 7 of those girly things we men love to do. And yes, we can pee sitting down, too.

1. Shop for clothes
Because men are slowly, slowly learning how to dress. (It mostly ends up in disaster, though: if you can imagine the male fashion learning curve as a sort of glacial, iceberg-ian growth, then the results usually end up sinking the Titanic.) With more and more men actually trying on their clothes for fit and finish before they head for the cashier, shopping is now firmly in unisex territory right now. 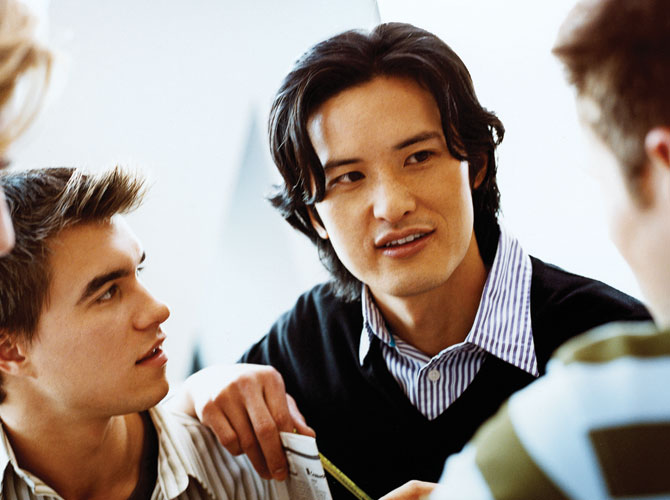 2. Gossip
Girls only wish they had the monopoly on gossip. We binge out on this guilty pleasure, too, preferably with a beer or two handy. We do it so much, in fact, that we’re surprised there isn’t a show called Gossip Guys.

3. Pamper ourselves
Let me tell you: men were metrosexual before there were metrosexuals. You remember how much time lolo spent in the barbershop? He was certainly manlier than any guy you’re dating now—dude, he survived World War II—and he certainly wasn’t shy about spending an entire afternoon getting pampered to the max.

The modern man puts a millennial spin on the age-old barbershop tradition, preferring to indulge some creature comforts and man maintenance in a spa. Bonus: you can tag along, too.

4. Down “girly drinks”
There are times when we just can’t pretend we love the taste of whiskey on the rocks anymore. So we cave and order what we really like: sugary, colorful cocktails that have those little umbrellas on the top. Time to get drunk and really like it.

5. Trip out to Lifestyle Network
Guy TV staples usually include some basketball, a little MMA on the side, and then some eps of Breaking Bad tucked away in the hard drive. But when push comes to couch-potato shove, we’re down with some Lifestyle Channel, too. Can any show be more alpha male than Cupcake Wars? Is there anything more educational than Unwrapped? And do you actually need any other reason than Giada de Laurentis? So yes, the so-called premier cable channel for women is something the boys can dig. 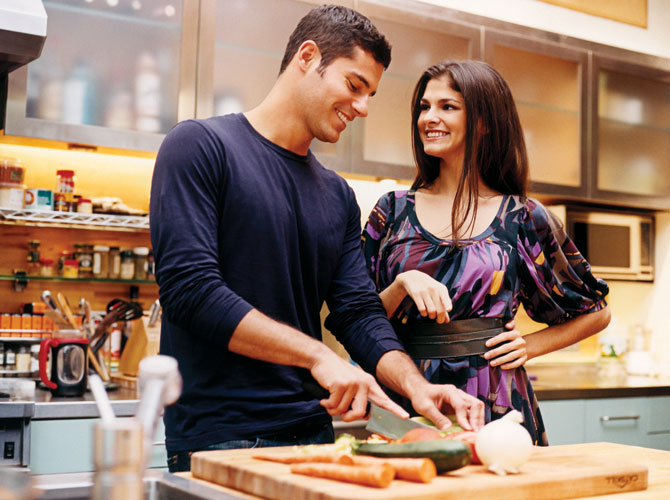 6. Cook
You gals may fancy yourselves queens of the kitchen, but we occasionally like to dabble, too. And we find that a man who knows how to cook actually scores major plus points. It works for us, too: Nothing boosts the dating self-esteem (and, more importantly, saves the dating budget) than you digging into a meal of our own devising.

7. Watch Frozen
Because real men watch Frozen. (Though they do draw the line at singing songs from Frozen.)