What Makes a Guy Change His Ways?

There are some things you can't stand that he just can't let go of. But fret not: it's possible for him to come around...eventually.
by Zai Bernardo | Feb 20, 2013
Post a Comment
Featured 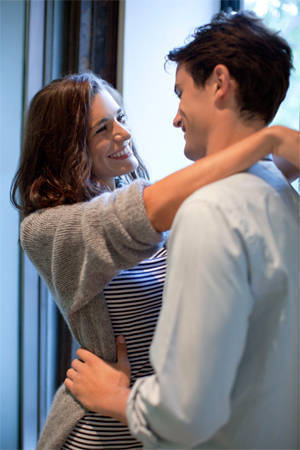 Guys don’t easily welcome change and the reasons may range anywhere from preserving their ego to just being plain disagreeable. We can be stubborn, it’s true—and if you ask us why, we wouldn’t be able to give you a concrete answer, either. But change does come, especially when something big happens to us that forces us to re-evaluate ourselves and consider what else needs to be worked on. Quite frankly, these do the job better than a nagging girlfriend or  stern boss ever will. Here, we clue you in on what gets us to man up.

We hate to admit it, but men know when certain habits no longer work for them. Sometimes, it comes with age. “I finally got tired of the whole party scene and realized I was getting too old for it. It was high time I moved on,” affirms Edji, 27, an assistant brand manager. Amidst all the trivial stuff, a switch suddenly turns on and we begin to reassess our priorities. Guys acquire wisdom over time, and discover true growth along the way. Trust us, it won’t take reaching Charlie Sheen’s age to realize a major revamp is in order.

There’s one thing that revolutionizes the dating game for a man: Being with someone who forces us to see dating as more than a mere sport. Although we won’t be quick to admit it, men do learn from what they’ve gone through. A lost love definitely leaves us with better judgment. Most girls like to believe that the only one who’ll benefit from changing a man is his next girlfriend, but this isn’t always the case. “My current girlfriend taught me a lot about making compromises in a relationship and how it is to see things through,” shares Paul, 29, a PR consultant. “She’s awesome. I can sincerely say she’s changed me for the better. I’m grateful to her.” As cheesy as this may sound, don’t discount the possibility that having you in his life is the catalyst he needs.

It may not be obvious, but we know that committing to building a solid relationship says a lot about how mature we are. We do want to get there—and meet your standards, too. But, we don’t like being rushed. Men may not have the best track record for staying loyal, but it really doesn’t take much for us to make a life-changing choice. “Once I knew I had my act together, I proposed to my girlfriend,” confirms Gino, 25, an amateur basketball player. “Within two years, we got married.” Still, we need your patience, because we want to be worthwhile partners for the long haul. Once we’re confident that we’re not as intimidated by responsibility, we make improvements because we treasure what’s at stake more than ever.

Seeing things in a different light also inspires a man to consider change. And, more than anything, he’ll do it because he wants to feel fulfilled. Never underestimate a guy who wants a clean slate, where playing the field or staying out all night and drinking becomes a thing of the past, because it no longer brings the excitement it used to. “I could no longer see the point of not being in a committed relationship,” says Leo, 30, an entrepreneur. “I knew I was ready to commit.” Change never comes easy—for anyone—but it all boils down to having the right mindset at the right time.