This Is How Long It Actually Takes To Get Abs

If you want them to last, you'll have to put the work in.
by Catriona Harvey-Jenner | Jan 26, 2019
Post a Comment
Featured

Seeing endless women with abs on your Instagram feed eventually takes a toll. Namely, it makes you want to get them too. But building abs isn't easy work—not if you want them to last, anyway.

Because there's no point starting a fitness journey without a realistic expectation of how long it'll take to achieve your goal, we quizzed elite Personal Trainer Henry Barratt on how long abs really take to develop.

And as you can probably imagine, Henry couldn't make generalizations for one and all. "There is no hard and fast rule for timings when it comes to developing visible abs because each body is different and we are all starting from different places," he says. But —and it's a good but—he does give us a simple way each individual can work out a rough idea of how long it might take them personally to build abs. 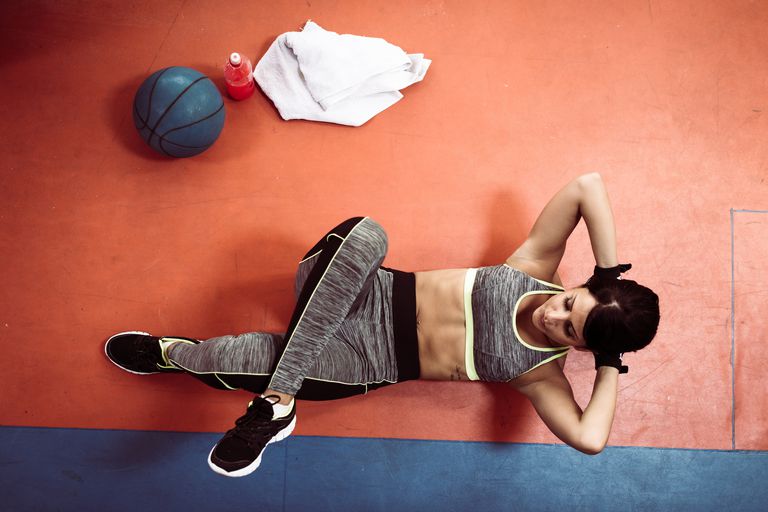 "In order to have visible abs you need to be aiming for a body fat percentage of around 16-19 percent as a woman," says Henry. Once you've worked out what your body fat percentage is (you can do this on specialist machines you'll find in some gyms, or by using calipers and a simple online calculation), you'll be able to establish how long it'll take to get down to abs-level of body fat.

"It is safe to lose around one to two percent of body fat per month so depending on where you start, this should give you a good indication of the kind of timeframe you are looking at to start developing visible abs," Henry explains.

So if your current body fat is 25 percent, you can estimate it'll take around six months to get visible abs. If your body fat is nearer to 30 percent, your journey to getting abs would likely take nearer a year. 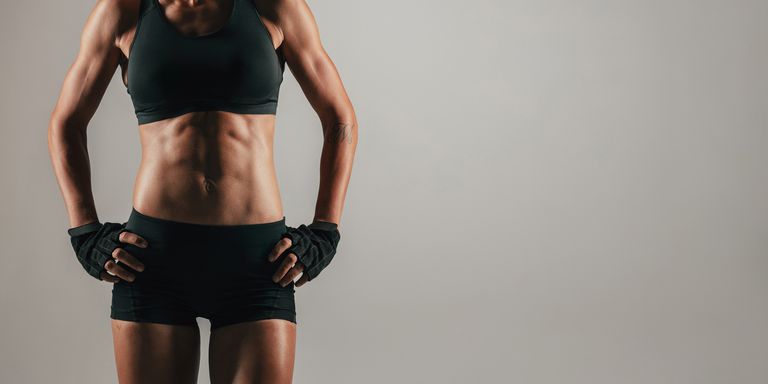 In order to reduce body fat to a percentage that would make abs visible, you'll need to prepare to increase your physical activity and overhaul your diet.

"The saying, 'Abs are made in the kitchen' is absolutely true," explains Henry, who adds that you need to go into calorie deficit in the first four weeks to see any results. "Cut out the big five—sugar, white bread, white rice, white pasta, and potatoes—cut out alcohol completely for this first month and cut down to only one coffee per day," the trainer says.

Exercise-wise, Henry recommends doing full body workouts in the first month, "with a focus on engaging the core in every exercise." 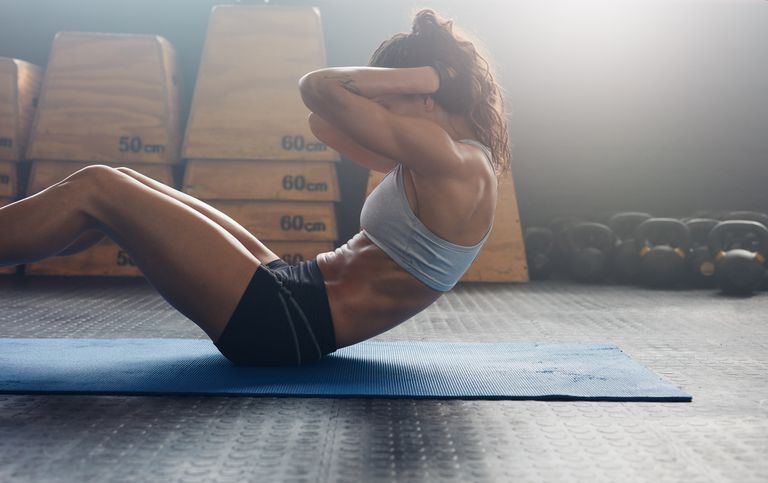 "You want to be training 5 to 6 days a week to raise metabolism and working for 30-60 minutes in each session. In other words, aim for higher in frequency, less duration and higher intensity ideally," says Henry.

Within the full-body workouts, Henry says it's important to include abdominal exercises in each session that focus on the front abs (leg extensions, elbow to opposite knee crunches, etc.) as well as oblique exercises (wood chops, side planks, etc.)

"Make sure you sweat in each session to flush toxins out from the body to help with fat reduction," he adds.

While you don't need to maintain the intensity of the first four weeks forever on your quest for abs, you do still need to work hard. "You need to be clean eating six days a week (85-90 percent of the time) and training a minimum of four times a week for 30 mins at a high intensity," Henry explains.

Food-wise, the trainer advises keeping 'The Big 5' aforementioned foods to a minimum (as well as alcohol) while building abs. 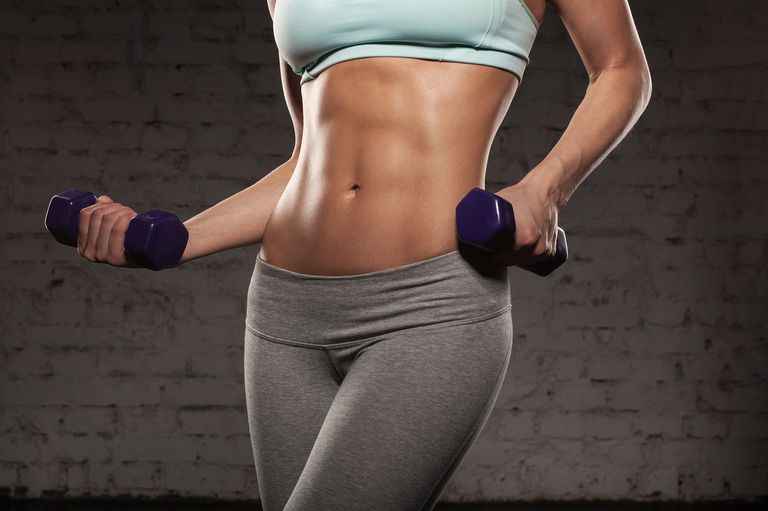 But the main thing Henry urges is that, to develop and maintain abs that are going to last, you have to be willing to change their habits and lifestyle. "Quick fixes aren't the solution," he says. "You must be looking at this as a 12-month journey for true, habitual change."

Still want to give it a go?