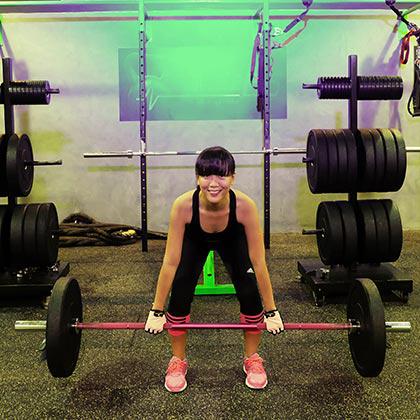 For the past 12 years, I’ve never had trouble maintaining my weight at around 100 to 110 pounds—pretty standard for my height of 5 feet—even with barely any exercise. When I could be bothered, I’d go out for a 45-minute jog, but that happened a grand average of maybe once a month. I got by because my diet plan, in a nutshell, was to eat whatever I wanted and just try not to be a pig about it. And I was fine with that. At least I wasn’t gaining too much weight. 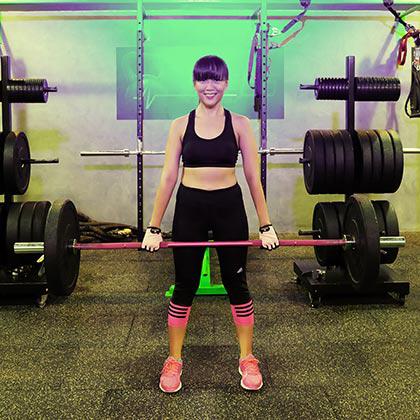 The year I hit 30, though, I began to feel unhealthy. I got tired more easily, and back pains often crept up on me. I also became aware of how…soft I had gotten, like a giant marshmallow whose arm flesh hung ripe for the pinching. And I wasn’t getting any younger. I knew I had to do something about it soon.

But here was the problem: I HATED exercise. I’m the girl who wrote this piece about the struggles of being workout-averse and this piece about trying out waist training to see if she could shape up with hardly any effort. I’ve figured out the reasons behind my aversion to fitness, and there were two. One, I have a tendency to be clumsy and uncoordinated, and I feared that if I joined a gym or took up a sport, I’d fall over or break a limb while athletic types around me snorted at my writhing form. And two, relaxing just appealed to me way more than pushing my body to the extreme. Why get all sweaty and out of breath if I could just sprawl out on the couch and watch old episodes of The O.C., right? 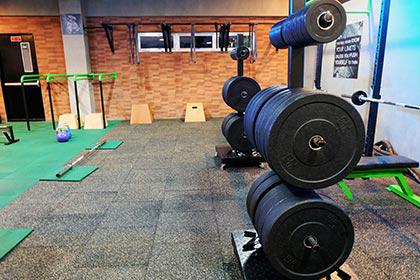 Late last year, at the ripe old age of 32, I finally bit the bullet and joined a gym for the first time in my life. A friend’s brother had just opened a functional fitness studio that was unlike traditional gyms, and my friend invited me to sign up. At first I didn’t want to, but I decided to just soldier on with it because at least I’d have friends to keep me company throughout my fitness struggles. So I set my sights on joining the gym’s yoga and dance classes, and was looking forward to giggling through complicated poses and fancy dance routines with friends.


Before I was to start any workout, however, a fitness coach named Jeff assessed my body using a body composition monitor. Then he sat me down and asked me what my fitness goals were.

Jeff then walked me through the results of my body composition assessment. Everything looked normal—weight, body mass index, body fat percentage, basal metabolic rating, and metabolic age. Everything except two things: muscle mass and bone mass. Apparently, my muscle mass was so low, it was at a critical level. 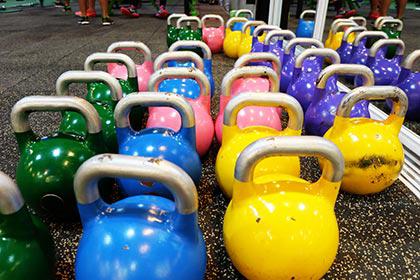 Jeff recommended I join a strength training class designed to help build muscle three times a week. I blinked, imagined myself lifting weights and bulking up into Xena the Warrior Princess, and balked. That was NOT what I had in mind when I joined the gym. “Hindi ba pwedeng mag-zumba-zumba lang ako?” I asked. But he insisted I do strength training if my goal was to “be stronger and have a toned body.”

For a moment, I wondered if I was doing the right thing by even signing up for this gym. I wondered if I should just run out the door and go back home to the couch where it was nice and comfy, never to return to the gym again.

I didn’t, though. I swallowed my doubts, stepped inside the studio for my first strength training class, and hoped for the best.

In that first class, for 45 minutes straight, I alternated 23 seconds of workout with 30 seconds of rest. I did dips, pull-ups, squats, lunges, and a bunch of exercises I didn’t know existed. I worked my back, chest, arms, legs, and a bunch of body parts I didn’t know I had. I clutched 5-lb. dumbbells while other girls beside me swung 15-lb. ones. I sweated, I swore, and by the end of 45 minutes, I looked like shit.

But I survived. And surprisingly, I felt good. Because the whole time I was working out, I had forgotten whatever else was going on in my life at the moment. I’m someone who tends to overthink, and at any given time of the day, you can bet I’m turning any or all of these things over and over in my head: work, family, my lack of a love life, the future I’m still trying to wrap my head around. But as I started my workout, I had unknowingly checked these worries at the door, where they waited patiently until I was finished. The whole time, there was just me, and my body, pushing each other to do the most reps in the best form in 23 seconds without ever falling over or breaking a limb. I had no idea how utterly consumed I would get by working out that I’d let my jittery mind take a backseat and my long-dormant body take over. It was a refreshing experience, one that I never knew I’d actually get from one of the things I detested the most.

A few days later, I was back for my second class. A few days after that, I was at it again. In the weeks that followed, I kept showing up to complete three sessions a week; if my schedule didn’t permit it, I’d join a yoga or dance class just because I wanted to stay active and feel that same high again. And even over the December holidays, I’d push myself to visit the gym just so I didn’t languish at home, where I was bound to binge-watch TV shows while binge-eating leftovers from the previous night’s party. 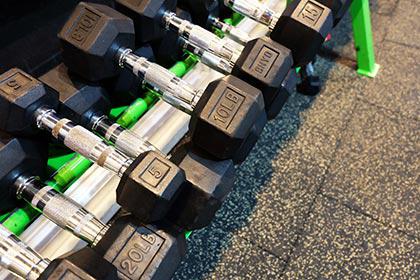 It was a miracle. My former couch potato self had actually begun to seek exercise out.

As I write this, I’ve just completed my first month at the gym, have just discovered that my muscle mass is now at a healthy level, and have just thrown down money for membership for the next six months. But before I paid for the six-month package, I did hesitate. Can I actually keep this up? Won’t it only be a matter of time before I go back home to the couch where it’s nice and comfy?

I waved those thoughts away and whipped out my credit card before I could change my mind. If there’s anything I learned since I got up off my ass and joined a gym, it’s that I can still surprise myself.

Bring on the surprises.