Signs You And Your Guy Are Becoming Unhealthy

While being in a relationship has a lot of perks, you should be wary of some health pitfalls. Cosmo identifies them.
by Yummy | Sep 8, 2009
Post a Comment
Featured

When you're single, you rely on certain lifestyle habits (for example, lots of greens for dinner, frequent gym visits) to look and feel your best. But under the blissful spell of love, those habits may fall by the wayside.

"It's easy to let a few things slide when you're getting used to coexisting with a boyfriend and having the time of your life," explains Abby Goldstein, PsyD, a psychologist in New York City. "Problem is, you may not notice the changes until they begin taking their toll on your body."

So keep your health habits off the endangered list by making yourself aware of these common paired-up pitfalls. We've also included strategies for getting your body back on track if you've already fallen into them.

One of the nicest things about being coupled up is sharing meals with someone. But since the typical dude requires almost twice as many calories as the average chick does, it's easy to find yourself mindlessly matching him bite for bite...and gaining pounds as a result. Also, a lot of men believe that the perfect meal is a meat-laden pizza or other not-so-nutritious grub. "If you forgo your usual lighter fare in favor of these greasy foods, especially in bigger quantities, you'll start feeling lethargic and bloated," explains US nutritionist Molly Kimball.

Stay-Healthy Solution: Cook some of your meals together using ingredients that meet your nutritional needs yet also indulge his jones for hearty fare--like tuna burgers or whole-wheat pasta. "If you happen to eat as much as he does, the effects won’t be as bad as if you pigged out on all-meat pizza or fatty takeout," says Kimball.

Also, watch portion sizes, whether you're cooking or eating out. Research shows that the more options you put on your plate, the more likely you are to finish them--even if you're already full, says Kimball. And instead of serving yourself the same amount of grub your guy took, dish out a little more than half his meal, and go back if you want.

Finally, just as he cleared out a few shelves in his closet for the stuff you need when you sleep over, ask him to make room in his fridge for girlie grub staples like low-fat yogurt and precut fruit. "Filling up on these will make it easier to pass on the leftover fried chicken takeout," says Kimball. And speaking of leftovers, out of sight means out of mind, so put them away once mealtime is done so you're not tempted to grab another slice from the pizza box lying on the living-room floor.

Photo courtesy of Columbia Pictures[nextpage]
Paired-Up Pitfall 2: You Come Down With More Colds 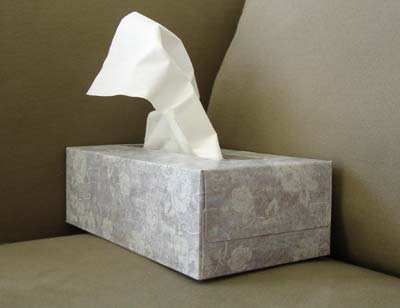 You and he are sharing more than a bed; you're also sharing microbes. "By being in close proximity to another person and swapping body fluids regularly, you increase how many germs you come in contact with, especially common cold and flu bugs," explains Michael Zang, MD, an internist at Overlea Personal Physicians in Baltimore.

Stay-Healthy Solution: You don't have to keep your hands off each other (as if you would), but get in the habit of washing them several times a day, such as any time you come in from outside or home from work. Scrubbing with soap for 30 seconds kills cold and flu viruses, so you can grope and lock lips without passing germs back and forth, says Dr. Zang.

If one of you is sick and the other isn't, it's even okay to do the deed. "Cold and flu bugs are mostly spread via direct contact with an infected person's nose, eyes, or mouth, or through fluids from the mucous membranes there," says Dr. Zang. So as long as your faces aren't touching (position-wise, use your imaginations) and you aren't sprayed by a wet cough or sneeze, you probably won't transmit germs.

Photo source[nextpage]
Paired-Up Pitfall 3: You Booze More Than Ever Before 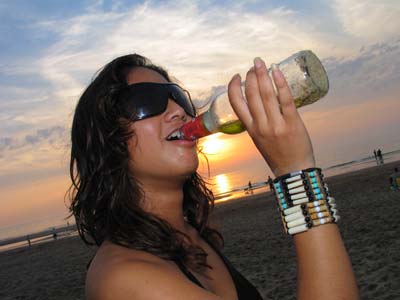 When you drink with your guy or a group of his buds, you’ll likely find yourself unknowingly keeping pace with them. "But while a lot of men can polish off three or four drinks in a sitting and just be buzzed, four beers or glasses of wine is binge-drinking for women--and that's dangerous for your health and safety," says Kimball.

Stay-Healthy Solution: Whenever you guys drink, be aware of how many times you refill your glass or grab another bottle. "For every round he has, alternate one drink with one that's alcohol-free or mixed with less liquor, so you're both sipping but don’t approach binge-drinking territory," says Kimball.

Or buy light beer for you. Yeah, it has a wimpy reputation, but some brands don't just contain two-thirds the calories of regular brew, they also have a lower alcohol content, adds Kimball.

Paired-Up Pitfall 4: You Get Chafed And Irritated Down Below

No wonder they call it burning love: Getting it on often can leave a woman with a south-of-the-border version of chapped lips. "The uncomfortable feeling is common among new couples, who generally have a lot of intercourse; it's usually caused by microscopic tears in your vaginal lining due to frequent sex," explains Gerald F. Joseph Jr., MD, medical director for women's services at Saint John's Regional Health Center in Springfield, Missouri.

Stay-Healthy Solution: Supplement your natural lubrication with the store-bought stuff. By keeping delicate vaginal tissue extra moist, it'll ease and prevent that burning feeling. Also, for women prone to allergies, skip condoms that come with spermicide. "This ingredient contains a chemical that can trigger redness and sensitivity," says Dr. Joseph.

If these strategies don’t soothe your booty burn, take a few nights off. You will give your V zone time to heal and can discover creative ways to stoke your desire. Yes, it's tough to take a hiatus, but if you don't take a brief one now, you may have to take a longer one later to allow your body to repair itself.