Without even talking to that guy you're eyeing, size him up through his stance.
by Ky Henderson | Sep 11, 2011
Post a Comment
Featured 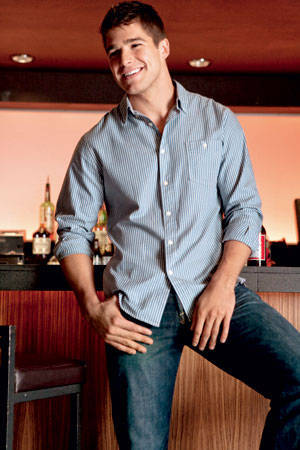 His Legs. If he has a narrow stance, he feels vulnerable. If he has a wide stance, however, he's conveying that he can't be pushed around.

His Feet. They'll face toward whatever he's interested in. So if they point toward you, that's good. If only his head faces you, his mind is probably elsewhere.

His Toes. If he momentarily goes up on his tiptoes while talking, he's feeling sure of himself. And if he rocks back on his heels so that his toes point upward, he's happy.