Everything You Need To Know About Your G-SPOT

All women have this hidden area that triggers maximum pleasure. Learn all about your G-spot (and how to get the most bliss from it) right here!
Dec 29, 2011
Post a Comment
Featured 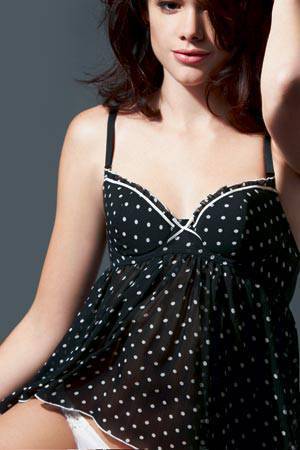 Even if you haven't personally experienced its power, you've heard about the G-spot: an erogenous zone located inside the vagina that can produce some pretty intense sensations. Thing is, it can also produce some intense frustration because it is, for many women, so damn elusive. And though the whole notion of the G-spot is hardly new--sex researchers have touted it for years--the medical establishment was always skeptical as to whether it really even existed.

Well, we're bringing you some great news: The G-spot is a very real part of your anatomy, newly documented in MRI scans and biopsies by medical doctors. Thanks to this new research, we now know that every chick is capable of experiencing more concentrated sexual pleasure--including powerful orgasms, says Irwin Goldstein, MD, director of sexual medicine at Alvarado Hospital, in San Diego, and editor-in-chief of the Journal Of Sexual Medicine.

Here, we'll guide you to yours--yes, you will find it! Then, we'll explain what to do once you're there so you can reap the blissful benefits.

What It Is, Exactly

There's some disagreement about the size of the G-spot; it may range from a quarter-inch to a couple inches along the upper wall of your vagina, about an inch or two past your vaginal opening. Underneath it is highly sensitive tissue that, when touched the right way, triggers feelings of sexual happiness, explains Debby Herbenick, PhD, lead researcher and associate director of the Center for Sexual Health Promotion, at Indiana University Bloomington's School of Health, Physical Education, and Recreation. G-spot sensations have been described by some women as more intense than those they feel via clitoral stimulation--more of a warm, flushing feeling that resonates deeply throughout their entire body.

Even experts who always believed in the G-spot weren't sure whether it was a distinct gland or merely the collection of nerve endings extending from the underside of the clitoris. Here's what researchers are sure of: The G is its own entity, analogous to an organ in the male body. It's known as the female prostate because its tissue surrounds an area that produces chemicals similar to those made by the male prostate, a gland that creates fluid to nourish sperm, explains Dr. Goldstein.

Another similarity between the male prostate and the G-spot: When their G is aroused, some women say they experience a wetness unlike they do during other types of stimulation. And, some say they even ejaculate a clear, odorless fluid upon orgasm.

Where To Locate It

Lie back and relax--embarking on your first G-spot mission can take patience. Start by spreading your legs and bending your knees, so your vagina is open and accessible. With your palm facing up, insert two fingers inside, pressing your fingertips against the center of the upper vaginal wall. "You're seeking a spongy, puckered, or slightly ridged area, like the roof of your mouth," explains Celeste Hirschman, assistant professor at the Institute for Advanced Study of Human Sexuality.

If after several minutes you're still coming up empty-handed, think of a sexual fantasy--seriously. When you are aroused, the G-spot fills with fluid, making it swell and become larger. "You'll have an easier time locating it if you are turned on," says Hirschman.

One sort of strange tip-off that you've found it: a sudden need to pee. "Because the G-spot is so close to the urethra, touching it often triggers that urgent gotta-go feeling, as if you have to urinate," explains Bat Sheva Marcus, PhD, clinical director of the Medical Center for Female Sexuality. No need to run to the restroom; it's a false alarm. After a few seconds, the urge may pass, and you'll probably soon experience a blooming, heated kind of sensation that becomes more and more intense as you touch and stroke the area.

Continue to experiment on your own with different speeds and pressures. Of course, don't be surprised if you find yourself closer and closer to orgasm. There's no reason to hold back--let yourself experience a super-intense G-spot O on your own before you show your man how he can take you there.

Guiding Your Guy To Your G

You know how it took your guy a little trial and error to master your body's other pleasure points early in your relationship? Expect the same with your G. As excited as he'll be to help discover its potential, it's uncharted territory for most men.

The easiest way to start him off: Have him gently slip a finger or two inside your vagina, and then softly feel along your upper vaginal wall. If he is having trouble finding the right spot, encourage him to kiss you or touch your nipples or outer V-zone--remember, the more aroused you are, the more your G will stand out, making it easier to locate.

Also, consider placing a few pillows under your butt and widening your legs, which will open your vagina more and give him greater access, says Danielle Harel, PhD, professor of sexology at the Institute for Advanced Study of Human Sexuality. Once he's hit the spot, ask him to massage it in slow, gentle circles. Try different caresses, such as figure eights or a rapid succession of pulses. The G can take a lot of pressure, so you may want to ask him to press harder.

One G-spot touch technique he definitely should treat you to is tapping. "Have him use just the tip of his finger to tap firmly and repeatedly on your G-spot," says Harel. There's a biological reason for why this feels so awesome, she explains. "The most intense moments of touch along any body part are usually the first few seconds. By tapping, it's as if he's touching your G for the first time over and over again, building waves of sensation that can culminate in an incredible climax."