Know The Man By How He Treats You

Cosmo got a team of experts to tell you what male behaviors to watch for on a date or in the sack.
by Stephanie Booth | Sep 28, 2009
Post a Comment
Featured

When your date opts to email you—rather than call—he could be a hard nut to crack. “The fact that he chooses a communication method that allows him to edit what he says signals that he might not want to show his true self,” says Jeff Bryson, PhD, professor of psychology at San Diego State University. An IM addict craves your non-stop attention and needs that instant assurance that you’re there for him. And the phone fan? He might be a little old-fashioned and likes to do things by the book. But, according to Bryson, “He’s not afraid of intimacy.”

How He Approaches PDAs

If he’s all over you like a rash in public, “he’s either trying to show you off or marking his territory, both of which are signs of insecurity,” says relationship-skills coach Steve Nakamoto, author of Men Are Like Fish: What Every Woman Needs to Know About Catching a Man. A guy who’s allergic to body contact in public is unsure about his feelings for you…or your feelings for him. “PDAs are statements of togetherness,” says Nakamoto. “If he has doubts, he’ll keep his distance physically.”

If He Looks You In The Eye

“A man who doesn’t make eye contact during conversation may not be trustworthy,” says speech coach Diane DiResta, author of Knockout Presentations. “Meanwhile, if his eyes bore into yours as he’s talking, he might be trying to intimidate you.” But a smoldering gaze—you know what that looks like—means he’s hot for you.

The Clothes You Wear That Turn Him On

If your fave tee shirt and jeans or a cute little sundress do more for him than your slinky black number, you’re dating an earthy, laid-back guy who likes equally laid-back, low-maintenance chicks. A man who’s wowed by a woman who likes to get dolled up in high-end designer duds places a high priority on prestige. “He’ll probably make a lot of money, but it also might play too important a role in his life,” says Los Angeles clinical psychologist Nancy Irwin, PsyD. And a guy who wants a Carmen Electra-sexy girl on his arm is looking for an ego boost. “He places a lot of value on being admired and envied.”
[nextpage] 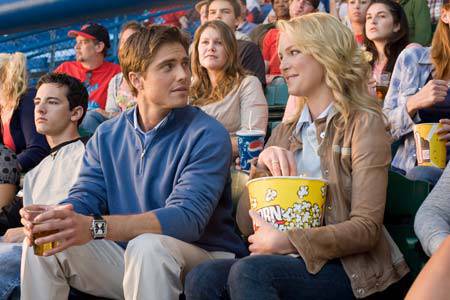 What Time He Prefers To Have Sex

You’re dating a spontaneous go-getter if he’s bent on AM booty. While his high energy makes him a blast, his need for instant gratification might grate on your nerves. If he only wants nighttime nooky, he’s probably a romantic at heart but a little tame, explains sex therapist Carole Altman, PhD, author of Electrify Your Sex Life. Don’t expect the Kama Sutra, but prepare for long, sensual sack sessions.

If He Always Initiates Sex

Does your guy jump your bones whenever, well, he gets a boner? “He’s probably confident in your mutual attraction,” according to sexologist Sandor Gardos, MD. Surprisingly, however, he could also be on the conservative side and believe in traditional gender roles. As for the guy who waits for you to green-light him before making his move, “he’s likely to be an eager-to-please person or still healing a damaged ego from some serious rejection in his past.”

You can’t judge a guy by one night in the sack (they get first-night jitters, too), but a couple of booty calls can offer plenty of personality clues. “If he’s a 10-minute man, he’s a Type A personality and very results-oriented, which can make him a little selfish…and not just in bed,” says Irwin.

On the other hand, a man who lavishes you with affection and spends hours hunting for your hot spots wants to connect with you on all levels “and is generally a good communicator out of the bedroom as well.”