Keep Him Hooked By Taking It Slow

Do you want to keep your hot new guy? Arm yourself with these tips so you don’t scare him away.
by Yummy | Sep 30, 2009
Post a Comment
Featured
You’ve heard the dating war stories: A blossoming love match suddenly goes bust and the woman is left standing there with a befuddled (not so cute) look on her face. Not to point fingers, but it’s sometimes the result of a chick unwittingly accelerating the relationship pace…and sending her man into a panic. “When a woman hits it off with a guy early on, she assumes that their chemistry translates into an instant emotional bond,” says James Houran, PhD, chief psychologist for True, an online dating service. “But rushing intimacy makes guys anxious, leading them to break things off.” To prevent your man from bolting, study these take-it-slow tips from guys.

“After two amazing dates with this really cool girl, I thought we would eventually get serious,” recalls Edward, 28. “But over the next few weeks, she began leaving her personal items around my apartment whenever she slept over: her toothbrush, DVDs, even clothes. I started worrying that she was going to ask me for a key to the front door. It freaked me out so much, I quit seeing her.”

Dropping your belongings off at your new man’s pad might seem benign…to you. But to the average dude, it signals domesticity, and no man is ready for the D bomb quite so early. “When you stash stuff at his house, you’re letting him know that you plan to be there on a regular basis,” explains New York City psychologist and life coach Janice D. Bennett, PhD. “He interprets this to mean that you’ve carved out a permanent spot in his life. Since many guys get nervous thinking so far into the future, he’s likely to slam the brakes on your union.”

Of course, we’re not saying you can’t bring necessities like your toothbrush and clean underwear when you spend the night at his home…so long as you don’t stow it in his medicine cabinet or closet. But if you pass the three-month mark without a dresser drawer of your own, bring up the issue by asking “Hey, is there a place where I can keep a few essentials? It seems silly to keep carting contact-lens solution between apartments.” Once you clue him in, a worthy guy will make the room.

It’s no secret that women bond by swapping sob stories with one another. But the nitty-gritty of your traumatic childhood and crappy dating history are definite new-man repellants. “When you disclose personal information to a guy you don’t know very well, he may feel burdened, unsure whether he’s supposed to help you get over your issues or promise right then and there that he won’t cause you similar pain,” explains Los Angeles psychotherapist Nancy Irwin, PsyD.

Mark, 32, can relate. “On our third date, a girl I was really attracted to started telling me how scarred she was by her verbally abusive college boyfriend,” he remembers. “As I was comforting her, I wondered why she was sharing this with me and if it was some kind of test of my devotion. It put pressure on me to be the perfect boyfriend. I decided I wasn’t up to the task.”

Bottom line: Zip your lips when it comes to any heavy, super-emotional life details, at least for a couple of months, until you know each other better or until he prods you to reveal more personal information. 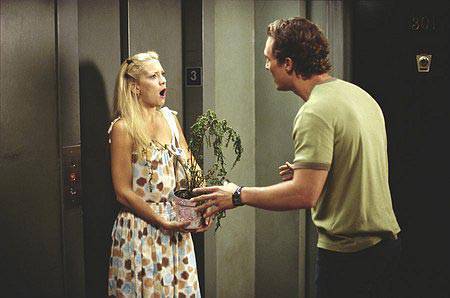 Knowing how tight a guy is with his buds makes it tempting to try to mesh with them instantly. But forcing your friendship on his barkada won’t just come off as phony; it’ll make your guy question why you’re so dead set on being part of his crew. “When this woman I’d been dating ran into my friends and me at a bar one night, she laughed way too hard at our jokes and gave herself a nickname similar to the aliases my friends go by,” says Henry, 24. “It set off an alarm, so I ended things.”

Another reason to limit time with his posse in the early weeks: His boys have a huge influence over which relationships he pursues and which ones he lets fall by the wayside. If you want to be included in the first category, wait until your man introduces you to his friends and invites you to hang out with them, advises Bennett. “If they see that he likes you and wants you to be part of his world, they’ll be a lot more likely to accept you,” she adds.

In the short time you and he have been seeing each other, you’ve hung out three weekends in a row, and each outing was more blissful than the one before it. So what’s wrong with presuming you now have a standing Saturday-night itinerary? Plenty, says Eric, 31. “After our fourth date, my girl at the time began making regular weekend dinner and movie plans for us, as if we had crossed a line and were now an official duo,” he recalls. “Even though I was really into her, I just wasn’t ready for ‘my’ weekend to become ‘ours’ so soon. I was so used to being single and doing what I wanted at my own leisure and I needed time to adjust.”

So unless you’ve officially come out as a couple, squelch the urge to automatically pair up from Friday night to Sunday afternoon. “If you want to get together and he hasn’t mentioned his weekend schedule yet, let him know what you have in mind without coming off like you already expect him to say yes,” says Bennett. For example, throw a question out like “What do you think about doing something Saturday night, like playing mini-golf or catching a horror flick?” If it doesn’t sound like you have a whole agenda planned, he won’t have any reason to feel put off.