What Men Crave At Every Age

You may have preconceived notions about how guys in their 20s and 30s view relationships, but some of their desires are not so obvious.
by Kerrie Simon | Sep 25, 2012
Post a Comment
Featured

Everywhere you turn these days, women are proclaiming, “50 is the new 40! 40 is the new 30!” For men, the numbers are different, but the message is basically the same: Age no longer corresponds to a certain set of predictable behaviors.

A guy’s birthday used to be a fairly reliable gauge of his dating and sex styles. You could count on the fact that at 20, he’d be a player, and by 28, he’d be wife-shopping. But recently, the paradigm has shifted. “Delayed marriages as well as this new stage of life called emerging adulthood have changed the dating landscape,” says Jeffrey Arnett, PhD, research professor at Clark University and author of Emerging Adulthood: The Winding Road From The Late Teens Through The 20s.

So, Cosmo decided to find out what guys want out of love and life by identifying what defines them today at four pivotal stages, the type of chick each group tends to fall for, and what’s up (or not) between the sheets. 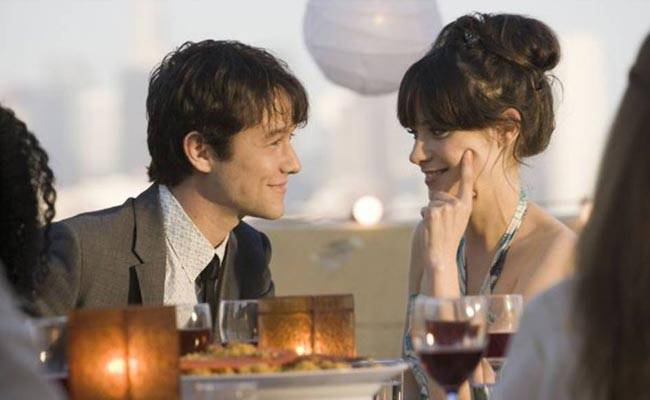 He’s embracing his independence—well, sort of. Parents are still heavily involved in their children’s lives into their 20s, and 61 percent of 18- to 30-year-old unmarried Pinoys still live at home.

For many, it’s college. Being in school is all about experimenting—with different classes, majors, and girls. “The 20-year-old guy wants to have a wide range of experiences; few are thinking about finding a soul mate,” explains Arnett. Surprisingly, research from the State University of New York indicates that college guys may prefer relationships to one-night stands. And, according to recent research, 61 percent of male undergrads say they’d choose a relationship over a career, suggesting that this age group has become more romantic. But while they may want a girlfriend, they are not in the market for a wife. (Those who don’t go to college are more likely to wed at this stage.)

The fun chick. “In addition to ‘Who do I like?’ he’s thinking, ‘Who might fit in well with my friends?” says Arnett. It’s a valid question, since guys this age prefer to date in groups. Because cliques are more integrated than they used to be, guys often hook up with a female pal, and “dates” have evolved (or devolved) from dinner and a movie to a party and late-night pizza. (Apparently, majority of the girls agree as they veer away from the traditional romantic date setup—65 percent of women would prefer a relaxed meal at a local joint, according to a Cosmo study.) Young men view these friends-with-benefits relationships as win-win: They get the companionship and sex that come with a girlfriend, without the responsibility associated with a serious romance.

“His testosterone level is higher now than it will ever be again,” says Barbara Keesling, PhD, author of Men In Bed. “Many 20-year-old guys can have sex, ejaculate, not lose their erection, and go again; there’s virtually no refractory period.” But, this means he’s also more likely to experience premature ejaculation. And, because he hasn’t had a ton of partners, you may have to do the honors of teaching him the ropes.

Now that he’s getting a handle on who he is, he’s starting to think long-term. But, he’s also feeling conflicted about making a commitment since so much of his life is in transition.

Getting his first “real” job. Twenty years ago, men were typically married and established in their careers by 25. Now, the National Statistics Office reports that only 32 percent consider tying the knot at this time and most are concentrated on their careers. If he pulls away after a couple months of dating, he might be realizing that committing to someone limits his options, making it harder to scout for career opportunities. According to a recent poll conducted by Askmen.com, 40 percent of single men still rent. That’s because many guys in their mid-20s are in no rush to plant roots—they want the freedom to pick up and move on a whim—and others aren’t ready to give up frat-style living, preferring to rent a place with a bunch of buddies rather than save up for their own pad.

At every other juncture of his life, he’ll likely fall for a girl who shares commonalities with him (for example, she also comes from the province and loves wall-climbing). But for now, opposites may attract. “Men this age are looking for novelty, adventure, and passion as they find their way—not necessarily for somebody to end up with,” says Bonnie Eaker Weil, PhD, author of Financial Infidelity.

He’s reached the golden age for sex: young enough to go all night, but old enough to have learned a thing or two. By the close of their 20s, guys have had, on average, five partners (43 percent have had seven or more), and if you’re lucky, your predecessors have taught him the ins and outs of oral sex and other delicate arts. “He’s still getting really strong erections, but through trial and error, he’s figured out how to last longer, holding his arousal level around an eight out of 10 without going over the edge too soon,” says Keesling. He’s also beginning to get creative with positions.

He’s been supporting himself and making big life decisions on his own for a while now that he finally feels like an adult...and is getting ready to take the next step.

Watching his friends get married. “If your peers are doing something, you’re likely to do it too, so there is a cascade effect with marriage,” says Maria Kefalas, PhD, associate member of the Mac-Arthur Foundation’s Network on Transitions to Adulthood. “Our research found that a young man feels ready to wed only after he gets the marriage mentality: He looks around the bar, sees that he’s 32 and everyone else is 22, and a light bulb goes off.” That said, a dude who hasn’t popped the question isn’t necessarily less committed. He just may not be in a hurry to lock things down since he knows he can always have kids later on. But domesticated or not, these guys tend to make great partners. “Now that he probably knows himself and his feelings, he’s better able to anticipate what you’re feeling and needing,” points out Patricia Covalt, PhD, author of What Smart Couples Know.

He’s saying “I do” to the idea of marriage, so he’s on the hunt for someone who is about as attractive and intelligent as he is and has similar goals, values, and interests. And according to Andrew Smiler, PhD, professor of psychology at the State University of New York, guys now add career and income to this wish list. Since young women are outearning men in the metro, he’s looking for some help with expenses. Also, while he’s entertaining the idea of settling down, the National Marriage Project found that he wants no part of a hardcore husband-hunter or biological clock watcher.

His driver’s license may say he’s not a kid anymore, but his sex drive begs to differ. “The 30-year-old guy is still really libidinous,” says Keesling. “He may start to get serious about his health and fitness—going to the gym, quitting smoking, cutting back on drinking—in order to keep his body up to speed.” But the stress of a serious job and relationship can creep into the bedroom occasionally, preventing him from getting aroused as quickly.

He’s focused on his career and getting his ducks in a row...and there’s a good chance he’s still single. Thirty-two percent of men between the ages of 35 and 44 are unmarried.

Seeing some of his friends split up with their wives, which can make him question the value of the institution. “They’re like the kids who stand by the pool trying to figure out if they should jump in,” says Kefalas. “The more they think about it, the more terrifying it can become.” Another explanation for his still-single status: He may not be able to handle a relationship with a strong, confident 21st-century woman. “Past research shows that men are happier in relationships when they’re the main breadwinner,” says Weil. “Younger guys today have adapted to the changing gender roles, but those who have never married by their late 30s often still define themselves by their income and feel outshined by successful women.”

According to the National Marriage Project, many men over 30 are searching for nothing less than a soul mate, so their standards are high. “Today, there’s a much greater expectation that your future wife will be a companion, friend, and soul mate, someone who can contribute financially, and someone who will be there for you when you need them but also who is comfortable enough to allow you space,” says Kefalas. “We want all these great things. Oh, and it has to last until we die.” Arnett says guys are also looking for a woman they are sexually in sync with—something that wasn’t as big a concern when men married in their early 20s.

He probably has a few long-term relationships under his belt, which bodes well for his skill level...and any kinky curiosities he’s been secretly harboring are now coming out in force. “Men get more experimental as they get older,” says Keesling. “You don’t see many 20-year-olds who are into role-playing or S and M because they don’t need it—a stiff breeze is enough to get them aroused. But in their mid-30s, most men see a slowdown and may begin to act on their fantasies to compensate.”